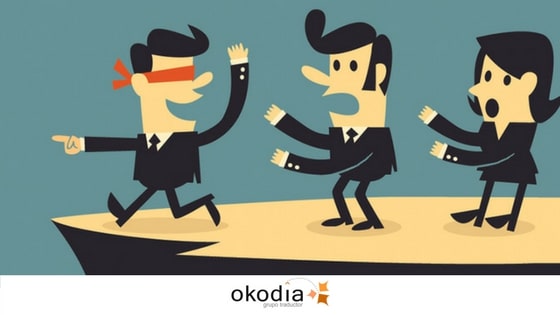 We All Make Mistakes! Silly Mistakes that We Make in Another Language

“Whoever speaks makes mistakes”. Have you ever heard of this saying? It’s a classic in children’s games. And, since it’s used so often, we’ll borrow it for this post on idiomatic mistakes. Because, believe it or not, when you’re learning a new language, it’s quite normal to make many mistakes. Yes, the type of silly mistakes that you’ll remember many years later, with a smile on your face while thinking, “My gosh! Did I really say that?”. We’ve collected a few stories that were told by Okodia’s professional translators. This is because, in this regard, everyone has been a beginner once—to a greater or lesser extent—, and has had to take the plunge with no safety net in sight.  What matters is learning from these experiences to come out on top and become a great professional. And here we have more than our fair share of translation success stories that can attest to this.

Hungry as a duck

When you’re a young university student, and it so happens that you’re studying at a university where two languages are spoken—Spanish and Catalan—, it’s more likely for you to make mistakes when trying to communicate in Catalan (especially if you don’t have a good enough command of it). I’m sure that, at one time or another, you have also found yourself grasping for words in another language, and failing to find the right word, tried to use a Spanish word while making it sound more similar to the language in question on the off chance that you get lucky. You’re not the only one, as we know of someone who began chattering away in Catalan with some friends, and inadvertently used pats (pato is duck in Spanish) instead of saying ànec (duck in Catalan). “And you don’t even realize what you’ve said after saying it!”

Not knowing what maquineta is

Now we go back to the childhood of one of the professionals working at Okodia. For her mother’s job, one time she had to accompany her on one of her business trips from Catalonia, where they lived, to Madrid. To keep her entertained, they gave her a piece of paper and some pencils to color with. It was just her luck that while right in the midst of things, the tip broke off and she had to go and ask for a sharpener. “Excuse me, madam, but I need a maquineta (sharpener in Catalan).” “What would you need a small machine for?”. The more the little girl insisted, the less the woman understood. Her frustration at not remembering that the word for sharpener in Spanish was actually sacapuntas was to such a degree that her mother had to come to her rescue.

A teenager’s first foray abroad is exciting, and at the same time, full of anecdotes with regard to the local language. In this case, while on a study trip to Dublin, he went to visit a large country house where there were stables with horses. He stumbled over a simple phrase in English to ask a local woman if the horses belonged to her. What happened? He asked her if she was a horse (“Are you a horse?”) and after seeing the shocked expression on the woman’s face, he confirmed it (“Oh, you are a horse!”).

False friends are the worst thing ever in any language. Who hasn’t ever said “I’m constipated” in English when in fact, what they actually want to say is “I have a cold” (“Tengo un constipado” in Spanish)? One of our translators found herself in a rather embarrassing situation when she was an Erasmus student after saying that she “pretended to be a translator”. What she actually wanted to say was that she wished to become a translator, but it came out as if she only pretended to be one. Another anecdote to remember!

A matter of s’s and paying attention

The s’s in English have always been a sore point for Spaniards, especially those who come from the south and who usually do not pronounce them when they talk. Nevertheless, paying a little attention goes a long way to differentiate between the content of a website or the contents inside a container. For example, in English “content” refers to the elements that a website consists of, whereas ‘contents’ refers to what is inside a container or the subject matter of a book or letter. And while on the subject of paying attention, haste in translation is never a good thing. One of the recent projects we received at Okodia-Grupo traductor asked for a French translation of a certain document. But, somewhere along the way, we must have gotten our signals crossed, because we read that they wanted it in English, and we realized our mistake when it was almost finished. Despite everything, our supertranslators managed to get the job done on time. We all learn from our mistakes.