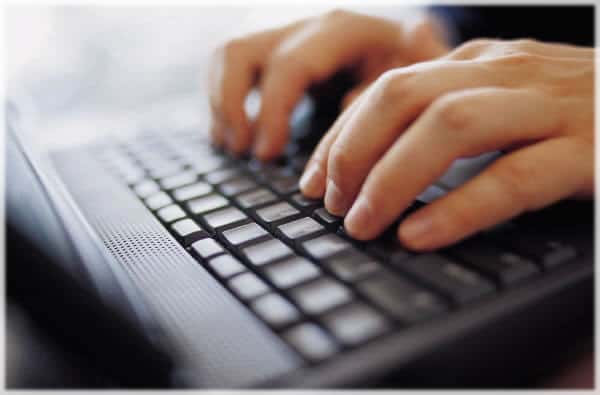 Translator as a vocation

There are professionals, such as doctors, teachers or priests, who are working in professions seen as a vocation because they have a strong feeling of suitability for that particular career or occupation. On that basis, the profession of translator is also a vocation, despite the fact that there is no child in the world who, when asked what they want to be when they grow up, says: “a translator, like García Yebra”. For some reason that I cannot understand, people tend to admire those who aspire to writing a book like the Iliad, but do not feel the same admiration for those who aspire to translate it. It must seem uncreative to them, but that impression is far from the reality; it must seem to them that translation is merely swapping one word for another, so the job of the translator is to only convert words and they do not need their own opinions or any measured reflection or, perhaps, even to put a little soul into the work.

This could be why translation work has often been entrusted to amateurs with no specific knowledge of the trade. If it turns out that translation does not require either any special predisposition or specific skills and it is enough to simply perform a trivial conversion into one language or another, we will not want anything to do with professional translators who are obsessed with gaining a thorough understanding of both cultures, with semantic equivalences beyond the terms, with diachronic phonetics and phonology, with ethno-linguistics and much more. That might be why those requesting a translation do not demand that their translators be certified professionals, because sometimes they do not even know that what they see as a hobby can be a true profession that goes beyond an occasional job that some language teachers do. But in truth, if we want our translations to be rigorous and reliable, it is essential to check the professionalism of the translator that we are going to hire.

One way of doing this is by checking their qualifications. The previous situation in Spain was that Bachelor’s degrees in translation were taught in Barcelona, Salamanca, Madrid, Granada, Soria, Las Palmas and Vigo. From now on, with the introduction of changes to the degree system, the range is widening and translation and interpreting can be studied in many more universities.

If the translator does not have a specific translation and interpreting qualification and has instead learned their profession on the job, other types of accreditations can be requested, such as that of a certified translator and interpreter, issued by the Spanish Ministry of Foreign Affairs. In the absence of a professional association in this field, we can also ask for references from previous customers and projects. Undoubtedly, the creation of a professional association to regulate the requirements necessary to work in the profession would help to avoid, at least to some extent, unqualified professionals from working in the profession. But until that happens, the best thing we can do is make sure that the person to whom we are entrusting the translation has received specific, high quality training or has sufficient experience to demonstrate their skills as a translator.

A hodgepodge of languages

Some people are amazed when they discover a translator who doesn’t translate into English but instead into their native language. And why is that? For precisely that reason. Although there are many who speak other languages fluently, they prefer to translate into a language whose nuances they’re perfectly familiar with, making it possible for them to translate as faithfully as possible.

Is a lot of translation done?

Definitely! Professional translators never stop working. Take a look around. Do you like the Game of Thrones series? Have you read Fifty Shades of Grey? Have you seen the movie Life is Beautiful? Translation is all around us! It’s everywhere and we’re able to broaden our horizons and expand our knowledge of the world through it. Add a professional translator to your life. You won’t regret it! There are many who aren’t aware of it, but they need a translator in their life.

Another thing that many people are curious about is why some translations of movie titles are completely different from their original titles. What happens is that the translator sends in their proposals for the translation of movie titles, but it’s the Marketing Department of the production company that has the final say on what title would be best. This is why, for example, Olvídate de mí became the Spanish translation for the movie Eternal Sunshine of the Spotless Mind while La La Land remained the same.

Talk to the translator

Along with the person ordering the translation, the translator is the main person interested in ensuring that a translation is successful. Therefore, it is very useful for you to raise with them any queries or concerns you have about the text. Likewise, you can ask them if they think it is necessary to translate all the content or only part of it; they can even help you save money!

Any information you can give them is also helpful as translators love a bit of context. If the translator knows the reasons why you want to translate the texts, the translation they deliver will undoubtedly be much more effective and meet those objectives much better. If your translator knows the recipient of your translation, if they know the area in which it will be used or whether or not it will be published, you can rest assured that the translated text will have the expected impact and be as useful as you want it to be.

Do not leave the translator wandering blindly and making guesses, not about the text, but about the intentions of its owner. Be honest, generous and trust in the confidentiality of the translator’s work, we guarantee that both of you will come out winning as few things are more frustrating for translators than having a text with no context. The translator is the person most interested in performing high quality work, and another quality shared by most translators is that they all want to write the perfect translation. Of course, this is what leaves us in a state of constant dissatisfaction, but perhaps that is a topic for another blog.

Changes in this sector

Not long ago, finding a job as a translator only required a thorough understanding of a language and, possibly, mastery of the subject covered in the text being translated. A translator’s main working tool used to be the dictionary, but nowadays, thanks to the development of technologies that will shape our future and the tools available on the Internet, as well as sector-specific tools, it is possible to translate a large number of technical or scientific texts in a more convenient and flexible manner. Therefore, a translator’s specific work nowadays is to produce a thorough translation, as well as perform another review of the translated text so that it is perfectly fluent in the written language.

A translator today needs computer skills and some familiarity with the digital world, as well as a computer with a good Internet connection. Working as a freelance translator is possible, but you need to look for your own translation projects, either through a website or through contacts that have been established in the past. However, by working with a translation agency it is possible to obtain a certain number of assignments and this provides a more or less constant flow of work and income each month.

The future of translation

Translation is a sector that has never gone out of style and that is growing in size. In fact, although the modern technologies offer us increasingly advanced communication tools, it is not about the future of translation, as difficulties in international exchange will persist and the production of texts in different languages will increases. For that reason, the role of the translator nowadays is essential to overcome problems of decoding and understanding in a common language.

Translation is undoubtedly a booming sector in the global economy. The growing number of international relationships in the economic, diplomatic and commercial fields means that there is constant demand for professional translations. Therefore, it can be said that working as a translator means following the best advice on translating content and using your own knowledge and skills to enable a future of integration and internationalisation.

6 things you need to know before ordering a translation

How to tell a professional translator from an amateur one