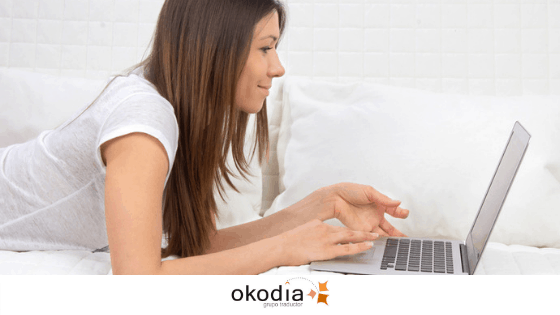 The most ridiculous translation mistakes

The social media is full of translation mistakes worthy of memes, so we are dedicating an entry to certain mistakes that would make even the most shameless blush.

Let’s start with translations that have won awards, for being so bad! Yes, there is actually a competition in North America that hands out awards to the worst translations or interpretations each year.

Our equivalent to the Golden Raspberry awards gets its name from one of the most famous gaffes in the history of translation, made by President Kennedy during his visit to the Berlin Wall in 1963.

According to legend, the President wanted to make a gesture to the German people and started his speech by saying “Ich bin ein Berliner”. It was only logical that he wanted to convey the idea that he felt a connection to the people of Berlin, but of course, it was going a bit far to say that he was a donut!

One of the companies to win an award was a shoe company that is pretty famous in our country: Target. In 2013, the creative minds in the company decided to give the new model of shoes the curious name “Orina” a term that, according to the company, means something like “peaceful” or “peace” in Russian. The translator responsible for checking the product names in the different countries where the shoes are sold didn’t realise that shoes called “Urine” would not be very successful with the chain’s Spanish speaking customers!

One of the most famous furniture and accessories companies in the world also won a “Jelly Donut”: Ikea. As we know, Ikea normally gives its beds, mattresses, etc. the name of a city. However, this caused a problem. When the company tried to enter the Thai market, the translator did not realise that the name of one of its beds, referring to the Norwegian city “Redalen”, meant something along the lines of “oral sex” in Thai.

Mistakes worthy of a Jelly Donut

Of course, the Internet is full of examples worthy of winning a Jelly Donut. This would not be the case if these translations had been done by professional translators rather than by an automatic translator or someone’s cousin who lived in Paris or London for a couple of months.

The names of car models have a long history of transcreation mistakes. Clear examples in Spanish include the Nissan Moco, Mazda Laputa, Mitsubishi Pajero and Ford Corrida. Luckily, someone realised that these names were not going to prove very popular in Spain, but mistakes do get through and to this day they make us smile: Lexus LFA, Polo GT, Fiat Marea and, one of the best, Audi Q-3.

However, this doesn’t just happen in Spain. We have the case of the Honda Fitta, which was launched in Sweden, Norway and Denmark in 2001. In these countries the word Fitta is slang for female genitalia. To make things worse, the striking slogan that accompanied the advertising campaign for this car was: “Big on the inside, small on the outside”.

A letter to the CEO

One of our favourite gaffes took place on the day an assistant to the management of a multinational company, who was pretending to be able to speak English, wrote an email to the CEO, who was American, and decided to write the letter in Spanish, his mother tongue, and then translate it into English using an online translator.

The multinational in question sold cars and in this sector it is normal for some of the main distributors to be referred to as “motoras” in Spanish. When the online translator came to this term, it had no idea what to do with the semantic nuance, and of course translated the term using the most generic meaning it could find in its dictionary. That is because computers are databases that do not establish semantic relationships in the same way that people do.

The message translated by the online translator was sent to the company’s management and the response from the CEO contained the following sentence: “I am delighted to see that everything is smooth sailing since I see that we now sell boats”. The word “motoras” had been translated as “motorship” and the CEO of the company had a good laugh at that person’s expense. From this we can draw two immediate conclusions.

Do you know who Álvaro Morata is? He’s a soccer player. Athletes are used to moving from one country to another, but if they hold a press conference in their native language, a mistranslation can definitely take things out of context. In this case, while in Italy, he affirmed—or at least this was what a newspaper there reported—that he was disappointed with Real Madrid because they treated him like a child. Naturally, this caused an uproar. The day after, he had to publicly clarify his statements. “It was a mistranslation,” he said.

Effects of machine translation. What would you say if you were to read in the Official State Gazette one day that three regions of your Autonomous Community have been given “new” names? What a blunder! A technical error by the Catalan Ministry of Labor, Social Affairs and Families, upon revising the Spanish version of a document, led to the renaming of three Catalan regions in the Official State Gazette (BOE): La Noguera, La Garrotxa and El Maresme. The department’s MT software renamed La Noguera as Nogal, La Garrotxa as Breña and El Maresme as Marisma, and the three errors were not detected. This wouldn’t have happened if they had used a translation agency in London.

And here’s another. A bad translation can also land you in jail. In this case, a Palestinian was arrested for a translation mistake by Facebook. The algorithm it uses took the expression to mean “attack them” in Hebrew when in fact, he had only written a pleasant “good morning” in Arabic on his social media page.

Watch out with interpretation

To finish this entry, we want to open the pandora’s box of speeches by famous Spaniards, many of them politicians, in the words of one of them “with a relaxing cup of café con leche in la plaza Mayor”. Need we say more!

Everyone knows that the Spanish political class does not spend much time working on its foreign languages.  While it is true that Spanish is one of the most powerful languages internationally, that does not mean that the institutional representatives of this country (and of its people) should not have sufficient tools to defend themselves in international forums.

We should of course emphasise that we do not want to do away with the need for interpreters (something that we cannot see happening anyway), but rather that those people who represent the interests of the public on the international stage should have some knowledge of other international languages.  It is not a case of turning into Shakespeare overnight.

It is about avoiding embarrassing situations such as Zapatero using the word “bonsais” or the famous speech by Ana Botella to the International Olympic Committee. We should be able to export something other than the concept of cringing and be capable of understanding the message and giving our opinion in another language. In fact, it is not us saying this, it was said by Androulla Vassiliou, the Commissioner for Education, Culture, Multilingualism and Youth, with her proposal for native language + 2 for all Europeans. Including Sergio Ramos. It doesn’t mean having advanced qualifications in three languages, but it would be of benefit to be able to understand and be understood in another language, even more so if it is considered the lingua franca (at least for now).

Until that moment arrives, the best idea, the most professional, humble and correct thing to do, in our opinion, is to hire an interpreter. These linguists not only know the lexicon of the two languages in which they work. Their capacity for concentration, retention and mental agility, as well as their mastery of the verbal and non-verbal techniques is well above average. Their curiosity and culture are worthy of a mention too. Let everyone do their job in the best possible way.

The titles of series and films are also usually treated as translation mistakes, although it is not normally the translators who make these kinds of decisions, as we explain here.

If you want to keep laughing, we propose the following marketing mistakes.

And to shift the focus a little, while this article has taken an ironic look at mistakes, it is true that we can also learn from them. That is something we try to do.