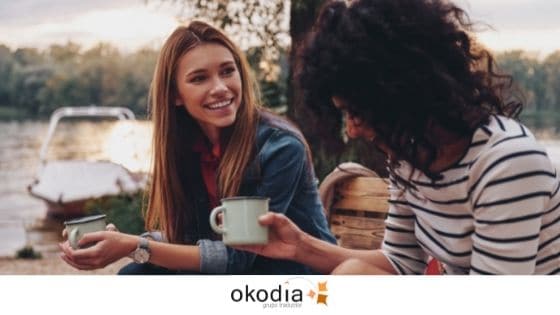 The intricacies of specialised jargon

The Cambridge English Dictionary defines the word jargon as special words and phrases that are used by particular groups of people, especially in their work. In other words, the specific code used in the privacy of a work or social group. While the Dictionary only hints at this, rather than saying it explicitly, it is generally accepted that we can distinguish between social and professional jargon (social jargon is also sometimes called slang), as we will see below.

I do not really know any golfing jargon. So no, I am not able to understand this phrase: “Golfer A averages 230 yards per drive, whereas Golfer B averages 275 yards per drive. Additionally, when player A misses fairways, they typically end up in 3-4 recovery situations (i.e., in the trees) or incur penalty shots per round. Conversely, Golfer B seldom ends up in a penalty area off the tee and only ends up in the trees 1-2 times per round.”. Does this mean that I am ignorant? On this subject matter, yes. I have never had the time or inclination to learn about the world of golf. However, and more importantly (and relevantly for the case at hand), this is a good illustration of the role and function of jargon: to encrypt.

The classic feature of such languages is the use of a lexicon that is specific, different and full of technicalities in the case of professional jargon. This vocabulary is sometimes intentionally shrouded in an invisible veil so that outsiders cannot penetrate it, cannot understand it. Prison jargon is a good example of this: inmates, when talking to each other, will modify their language so that the guards cannot eavesdrop on their conversations.

As is logical, since they are codes that are hugely encrypted, specific and ephemeral, translating them is also an art. Jargon is the language of a certain group, and encourages and strengthens the cohesion and sense of belonging among its members. The translator, when faced with the challenge of having to translate jargon, must transfer all that content, symbolism and peculiarity to the target language. Therefore, they must become part of the group in question and research and experience that jargon in person.

How to understand Spanish prison jargon

We are lucky to be able to offer you a selection of resources on Spanish prison slang, also known locally as “la jerga taleguera”: the language used by prisoners. The primary information has been gathered from regular visits to a prison in the Community of Madrid. The secondary information has been obtained thanks to the help of a group of volunteers from the NGO Solidarios para el Desarrollo, with a long tradition of social work in this area. It has also involved reading blogs, dictionaries and various articles, including the Infoprision website (with its prison dictionary, practical guide to Spanish prisons and true stories by ex-prisoners), and the memoires of El Vaquilla, called Hasta la libertad.

The individual research team, as preparation and with the resources available to it, began to document it by watching the series Orange is the new black. This series, produced in its original version and with no warm-up, is recommended for anyone who wants to learn about the language used in New York prisons. While it doesn’t give us the equivalents in Spanish (it is still not dubbed or subtitled), it does allow us to be clear about one thing, namely that the language used inside prisons is cryptic, specific and ephemeral. It is cryptic due to the nature of its speakers, who need and want a certain amount of privacy. It is specific because it is the unique combination of certain individuals in a certain space, and it is ephemeral because if it were to become permanent it would lose its main purpose.

Thus, the scientific “unit” at Okodia Translation Services is pleased to be able to share with its readers with the information obtained, which they can find in the aforementioned resources (we will not reproduce the glossary here, they do not pay us to be terminologists), and is happy to answer any questions or queries you may have. However, the team points out that, just as everyone is different, each prison is a micro-society (or not so micro, if we consider that Spain is the country in old Europe with the most prisoners per inhabitant), and therefore, there is no single jargon used in all prisons.

Among the thirty inmates in the group at the prison visited, there were up to ten nationalities, totally varied backgrounds and thirty individual stories, none of which were uniform or generalizable. From petty criminals from the inner city to cultivated university students.

Hopefully we won’t see each other there.

The oddest languages used in medicine