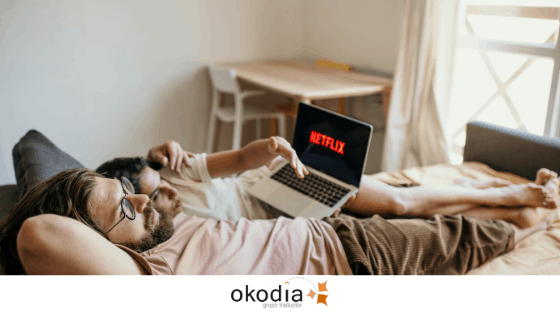 Sitting back on the couch, relaxing and enjoying a Netflix series or film. Who doesn’t like the sound of that plan? I’m sure that like us, it’s something you enjoy doing from time to time. Most people around the world feel the same. For the American media giant, translation (perhaps more specifically the translation of subtitles) is vital for it to reach international audiences.

While English speakers can often simply press play and relax, things are more complicatedfor other users, especially if they want to watch a film that isn’t in their language yet. Waiting for the dubbed version of your favourite show to arrive can be a challenge for even the most patient of viewers. For those who can’t wait there remains the option of watching the original version with subtitles.

Like translation, subtitling is an art form with its own rules (for example, each subtitle must have a maximum number of characters and lines and must be in sync with the picture). But what happens when they don’t make any sense? And why does Netflix allow nonsensical subtitles?

To answer this question, we need to go back a couple of years when the company, faced with a growing need for content localization, started a process of hiring translators. However, in this process the only prerequisite for doing the job was being able to understand English.

The media saw this as a sign of ironic frugality by Netflix and suggested that the multinational giant was spending as little as possible so that it could make an even bigger profit.

There are many examples of terrible subtitles on Netflix and if you look closely, you will no doubt discover some in your favourite series. One of them was the translation of the phrase “TripAdvisor is the life blood of the agrotourism industry.” When translated into French, TripAdvisor ceased to be a noun and instead took on the very literal form of “Conseil Voyage.”

Obviously, a non-professional subtitler messed up when translating that sentence.  This type of error can be costly, especially when you have viewers who don’t speak any other languages and need accurate subtitles to keep up with what’s happening in their favourite shows.