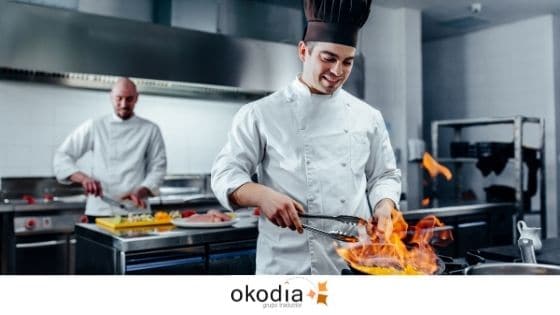 How to avoid crying over spilt milk with culinary translation

At first glance, a menu or recipe may seem to be easy enough to translate because they are short and do not have tables, diagrams or any other strange things. However, in reality culinary translations, which include those dealing with the preparation or description of some tasty dishes, require extensive knowledge of the country’s culture and if they are not handled by a professional they can result in something that is hard to digest. Our aim today is to share with you some of the difficulties involved in culinary translation.

Proper names are often a nightmare for translators. In culinary translations, it is really important to deal with them well as errors are not very subtle and very easy to spot. Proper names are often left untouched but at times they have to be translated because otherwise the reader will not understand what you are talking about. We talked about this in general terms in another post, but in the case of culinary translation, what steps should we follow?

The names of dishes

If I ask you what country I live in, giving you the clue that I am having some soup, would you be able to guess correctly? Okay, let’s try again. What if I tell you that I am having some gazpacho? Now I am sure you know the answer! At times dishes are so typical of a place that there is no exact equivalent in the other culture, as is the case for gazpacho.  In this case, it’s always better to leave the term in the original and add a description of the dish.

Taking nothing for granted will help you to avoid catastrophic mistakes, which are never palatable. The fact that they are shown at the end of menus doesn’t mean that customers will only skim-read the list of desserts.  In all likelihood, they will carefully examine it and ideally their mouths will water when visualising each dessert. But this is only possible if they have been lovingly translated. The delicious mel i mató –a traditional Catalonian dessert, which is very easy to translate– will not be selected by any customers if it is translated into English as honey and killed. What’s this, sweet revenge?

Something odd will also happen with the French macarons, if you entrust the translation of your desserts to your cousin who got an A Level in French and didn’t continue to learn.  You’ll probably end up finding a pasta dish between the ice creams and the tiramisù. Weird, eh? And many will be turned off by pets de monja, if they do not come with a good explanation. The literal translation – nuns’ farts – is far from mouth-watering.  We should often congratulate Google Translator for surprising us with such classics as he came in bottle (for vino en botella, bottled wine) and sepia to the iron (a mix of I can’t be bothered to look it up + this is what came up in the translator). Doesn’t that seem incredible? There are many more examples out there! Click here to find out more about the topic.

Nowadays, we can find almost any ingredient in any supermarket, but there are still some elements that can only be found in a specific culture. This is the case for borrajas, ñoras and ras el hanut. In these cases, the best option is to leave the name in the original language.

Among others, you should be very careful with the names of some food items, such as chips, which have different meanings in Britain and the United States. If you do not follow these basic rules, you may end up finding sunflower pipes in your salad – when what you actually want are sunflower seeds.

The presentation of dishes

We’ve already stated that gazpacho is left just like that. But if you have to translate gazpacho andaluz con sus cucharitas you’ll have to be more precise, so that hungry tourists are able to understand that the Andalusian gazpacho will come with cucharitas – little spoons – full of bits of pepper, cucumber and bread, as perhaps in their countries of origin garnishes are not served in this way.

The way in which food is served should also be clearly specified – as in the case of tapas and pinchos, which are so widespread in Spain and so unknown abroad.  When in doubt, check the dictionary to avoid false friends, cognates, or systematically using the first dictionary meaning.

Preparation of the food

Culinary translation does not only consist of the menus found in beach bars. Recipes are also part of this category and, of course, they also have their issues. If the translation is not done well, the most typical and simple recipe from Karlos Arguiñano could turn out to be an incomprehensible pig’s ear for someone who does not know our culture and language.

To start with, we need to be careful about the units in which quantities are expressed. If the instructions are to preheat the oven to 350º, are we going to bake a cake or burn it to a crisp? If the measure is not explained well in the original, you will need to think about what it could refer to. In this case, it is clearly 350 degrees Fahrenheit, which is equivalent to our 180 degrees Celsius. That will give us a deliciously light cake.

In the same way, we need to be careful when talking about tablespoons, teaspoons, cups, etc. In an English recipe, one measure may call for the typical teacup found there, but in Spanish homes we are unlikely to have one of these in the cupboard, so we need to know how big it is.

Verbs and their nuances

There is also a trick to verbs. In English they use lots of different verbs that seem to mean the same thing when in reality they do not. For example, bread (in addition to loaves of bread, of course) is a verb that means to coat with either breadcrumbs or batter. So do we need eggs or don’t we?

The specific style and space restrictions

Finally, we also need to take into account the writing style. Generally, we use verbs in the infinitive or imperative and short phrases to make recipes easier to follow. However, in translations we sometimes add sections to clarify concepts, but this can end up generating really long sentences. The same is true in menus. While it is important to make clear what people are going to eat, there is limited space for each dish.  After all, nobody likes to read a hugely long menu and even less so with an empty stomach.

As you can see, there are many variables that professional translators need to weigh up when they translate this type of text. I am sure that sitting in a restaurant waiting for your food you don’t spend much time thinking about how the menu has been translated, but you will now understand that it is not always a piece of cake!

If you need a culinary translation, clic here.

If you want to have fun with translation errors, clic here.