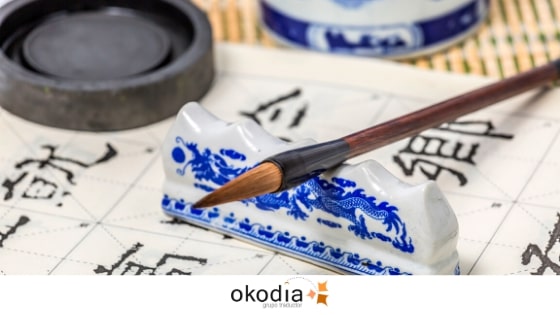 Did you know that some of the words used in Spanish come from the Chinese language?

There are many fascinating languages around the world, but Chinese is undoubtedly one of the ones that most captures the imagination. This might be because outside of China it is not a language studied much in schools or colleges, meaning that very few people speak it. Did you know that some Chinese words are used in the Spanish language? Read on to find out what they are!

Spain and China have more in common than you might think. In fact, the relationship between the two countries throughout history has resulted in many words of a Chinese origin ending up in the Spanish dictionary. Who would have thought that some Spanish words are similar to their Chinese equivalents?

Words with an Asian origin

Among the Spanish words with an Asian origin is “charol”, which in English means “patent leather”. In Spain, this word is used for shoes that shine, for something that is varnished to prevent it from cracking, etc. It comes from the Portuguese “charão” which in turn comes from the Chinese “chat liao”. I bet you didn’t expect that! Well, there’s more!

You might have imagined that the fruit known as the manderin orange would have a certain Chinese connection, because of the language “Mandarin Chinese”. You would be right if you did as it does have its seed in China. In addition, this fruit is actually native to Asia, so the connection is even greater even. Nowadays it is commonly grown in many different parts of the world. This word was originally believed to have come from the words “mandaren” or “mandairin”. However, a Chinese legend tells us that a God introduced his seed into an apple to create the manderin orange, which is why this fruit represents virility and fertility for Chinese men.

Has it ever occurred to you that the word “té” in Spanish, which means “tea” in English, also comes from Chinese? I bet it hasn’t, but it does. This word, of Chinese origin, has been one of the most popular hot beverages around the world since time immemorial.

There are many more words in the Spanish vocabulary that have a Chinese origin. It is a complex language that requires professional translators to do a perfect job when texts need to be translated.