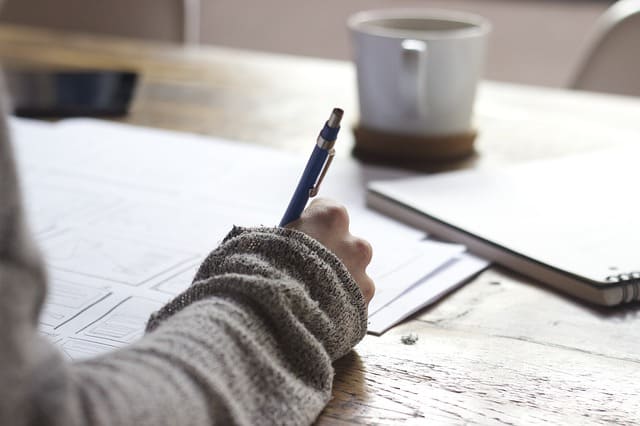 Transcreation: what it is and why you need it

Transcreation: everyone’s talking about it, and you have no idea what it is. Perhaps you have wondered why there’s so much buzz around it in the field of business internationalisation, and whether it’s something you need for your business. If you want to enter foreign markets the answer is yes, you need transcreation. But what is transcreation?

Trans- is a prefix that means “beyond”, “through”, or “change”. Applied to translation, this means that you must do something more than a literal word translation to adapt your business to a specific culture. The characteristics of each territory are endless: from cultural references to a way of life, through a sense of humour and idiosyncrasy. For this reason, a mere translation of a company website is not enough to have an impact on a foreign audience. A translator that sticks closely to the original text sometimes will not do, as there are many phrases, puns, etc. that lose their meaning in another language.

What is it about?

Transcreation translates ideas, concepts, feelings, reactions. It makes sure that a message has the same impact and generates the same reactions, wherever in the world it may be received. This does not mean that the same words will be used in different languages.

Transcreation is no simple task, and cannot be done by just any translator. In addition to having the characteristics of any professional translator (obviously, having in-depth knowledge of the source and target languages), such a translator must also have a highly developed creative side, like a publicist, and also be very familiar with the company or product being “sold”, as well as with the society that is its target.

Even though we don’t realise it, transcreation is used on a regular basis by any successful international company. Want an example? McDonald’s takes the notion of transcreation not only to its message, but also to its menus! Depending on what country in the world you are in, you will find a different range of burgers, such as the McRice in Singapore, the McArabia- with pita bread – in Arabia, etc. It adapts to local society. As regards communication, its famous I’m loving it campaign was adapted to many countries, and thus the slogan was translated in different ways. Interestingly, the slogan was left in English in Spain. For sometimes transcreation involves not translating. It’s a matter of making decisions.

How can you apply transcreation to your campaign?

Many of our customers bring us questions about the international communication of their product. Should they translate its name? Its slogan? Should they create different spots and communication campaigns, adapted to each country, with the ensuing expenses?

All these questions are to be expected, because, as we previously said, transcreation involves making very important decisions about the creativity and the message of a campaign.

To begin with, you should have a very clear idea of the territories in which your product will be distributed, and of whether its original name can or cannot be adapted to all these locations. It may be the case that it has unsuitable connotations, a meaning unrelated to its nature, or simply does not work commercially in any of them. Then you should seriously consider translating it. The general trend is currently not translating product names, but rather conduct an in-depth study of the target markets, ensuring that your choice will work in each of the target countries. A name that sounds good and can be easily recognised in all locations will give greater consistency to your brand.

The more international the product is, the harder to control will this linguistic aspect be. Thinking global and acting local is not easy when you distribute widely, as there are many aspects to control.

TV spots should also be carefully examined. Global brands currently prefer to use global references (remember the wonderful “The Force” ad by Volkswagen, with a little boy dressed up as Darth Vade), which are understood and perceived in the same way practically anywhere; or else very simple concepts that are the same in practically all cultures (Dove’s Real Beauty campaign, for example).

But what should you do when your product is not so “kind” or striking? What if you are not such a powerful company, but rather a new player in a market in which you must make yourself known and earn customers’ trust? Your website, press releases, blog posts – everything requires careful, professional work. In our next post in this blog we will tell you how Okodia deals with these challenges.

Large brands have frequently taken missteps when presenting us their products. Thus, there has been Mitsubishi Pajero and Nissan Moco – which in Spanish mean, respectively, “wanker”, and “snot”. Most brands change their product names in some countries.

After making a decision about the product name, you have to make a similar decision about the slogan. It seems that nobody at American Airlines thought that its slogan “Flight in leather” (referring to their comfortable leather seats), when translated into Mexican Spanish as “Vuela en cuero”, would have completely different meaning – namely “Flight naked”. This is another clear example of a (correct) translation made when transcreation was required.

Slogans can be tricky, too. The well-known soft drinks brand Pepsi launched a very misguided translation campaign in the 1990s. The ad campaign used the slogan “Come alive with Pepsi”. In Spain the slogan was translated well and the literal translation was “Come alive with the Pepsi generation”. However, in other countries such as Taiwan, the translation was not so good. There it was translated much more literally, using a slogan which in the local language translates as “Pepsi will bring your ancestors back from the dead”. Clearly an unfortunate translation.

We can stay with the soft drinks brands because if Pepsi made a very unfortunate translation error, Coca Cola fared no better. In this case the translation error related to the international expansion of the brand, specifically its entry into China. Coca Cola chose to use kanjis and the translation mistake arose when it failed to check the meaning of these characters, which literally translated as “a mare stuffed with wax”. Once it became aware of its translation mistake, Coca Cola decided to use different kanjis, and to choose those corresponding to the phonetic sound of its name “Ke-Kou-Ke-La” whose meaning is closer to what the brand wanted to convey, namely “happiness in the mouth”.

Translators specialising in transcreation must take very important creative decisions, sometimes risky ones, so you must make sure that you are working with professionals in the field when entrusting them with your company’s international image.

Now you know about transcration… but what about localization?

If you want to have a good laugh, clic here to learn about the biggest translation blunders.