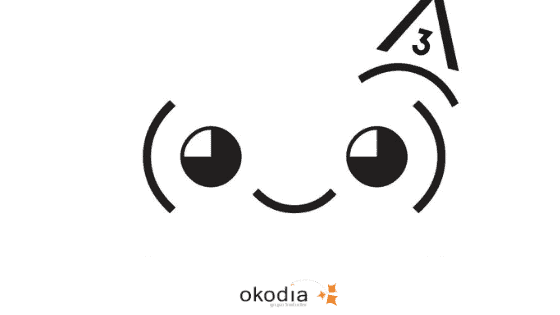 Kaomoji: the Japanese emoticon that all translators love

If you aren’t that into Japanese culture, when we say the word “Kaomoji” you may think that it sounds a bit Japanese but not know what it is or why translators like it so much. The truth is that Kaomoji, a Japanese style of emoticon, makes us happy every day. Let us tell you why.

Kaomoji (顔 文字) is a popular Japanese-style emoticon composed of Japanese characters and grammatical punctuation marks, and it is used to express emotions in text messages and online communication. The word kaomoji is also known as a Japanese emoticon. This concept is formed by the combination of two words in Kanji, “kao” (顔 – “face”) and “moji” (文字 – “character”).

The Japanese are a very emotional and creative nation. That’s why emoticons are even more popular in Japan than they are in the rest of the world. And to us professional translators, who are very knowledgeable about different cultures around the world, emoticons like these make us very happy.

Differences between Kaomoji and Western emoticons

The Japanese believe that the eyes are the windows to the human soul. Therefore, unlike with western emoticons where the mouth is the key part, with Japanese emoticons the most important part is the eyes. Kaomoji are also very popular because you don’t have to tilt your head sideways to read them.

At the beginning of the era of the Internet and instant messaging, the lack of face-to-face conversation resulted in many jokes about there no longer being any communication. Kaomoji is the result of manga and anime fans wanting to fix this problem and avoid awkward writing situations, expressing words more creatively.

Japanese emoticons are also divided into categories according to the emotional component of a shape, action or object. They can express joy, love, anger, shame … and just like Western ones they also include objects, weapons, neutral emotions such as surprise … in short, kaomoji are the emoticons that all fans of Japanese culture, translators included, love.