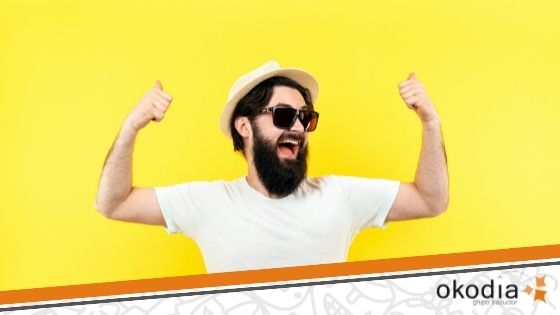 Does translating anglicisms make us any less cool?

In Spain you can frequently hear people using words that do not come from the Spanish language. If you stop to think about it, many of the words the Spanish use each day are anglicisms. Curiously, most have been changed to make them sound a little more “Spanish”, although this doesn’t really help as they haven’t actually been translated into Spanish. You may be asking yourself why this happens. Firstly, because the Spanish love adopting words from other languages and turning them into more “Spanish-sounding” versions and secondly, because many of these words do not have a simple translation.

Anglicisms are borrowed English words that we have adapted into our own, Spanish language. At Okodia, as a translation company, we take interest in the influence of these words on our language and how the population uses them, especially when their use is as widespread as the use of anglicisms.  In this article we reflect upon the appropriateness of translating anglicisms on a larger scale.

Many messages that we come into contact with on a daily basis, both oral and written, are full of anglicisms and they are particularly common in many parts of our daily life: technology, advertising, cookery, sport, business, just to name a few. Is so much word loaning necessary? Does the disproportionate use of anglicisms impoverish and weaken our knowledge of Spanish?

You can only use the chat if you are online and it’s really frustrating when the batteries of your mouse run out, when your computer breaks and you haven’t done a back-up or when you accidentally delete an email.

In the Spanish kitchen we don´t make madalenas (a word of French origin widely used in Spanish), we make cupcakes, and along with their toppings and frostings they have stolen the limelight.

And what happens with our teenagers? They communicate through their grammatically correct Wasaps – we´ll say no more about that term, now officially accepted by the RAE (Official Spanish Dictionary)- and they are always on fire or going at full. Or the not so young, who see themselves somewhere between vintage and hipster style. Or the new parents, who take their offspring to newborn and smash cake photo sessions. It would definitely sound much more glamorous if we were to hear it in English

But anglicisms are nothing new: penalties and corners are older than coughing, for example. Some decades ago, Eva Nasarre introduced us to the eighties legwarmers and aerobics, vocabulary that has formed part of our language since then, although today, they are being overtaken by spinning and running. We don’t know whether exercising on a static bike or going out for a run are less effective.

Anglicisms that the Spanish don’t translate

Why are some English words translated into Spanish and others not? This is perhaps the first question we should be asking ourselves. The truth is that words are generally left as they are in case the translation is note accurate enough. This is what usually happens with words like CEO, copyright or startup.

Anglicisms that the Spanish use every day

If we think about all the anglicisms that the Spanish use daily, “stalking”, or its Spanish equivalent of “stalkear”, stands out. This word is mainly used by technology fans and young people are using it more and more. Do you think someone in Spain would know the exact meaning of this word? If you go to an English-Spanish dictionary, one of the definitions offered relates to gossiping or browsing, but in an obsessive way.

“Stalkear” or stalking is closely related to the use of social networks.  It refers to the action of watching and spying on people over the social networks. Fundeu says that it is close to the concept of the Spanish word “acosar”, which traditionally meant “harassing”. Have you heard the word a lot lately?

Nowadays the expression “fake news” has also become very fashionable. Its literal translation into Spanish would be “noticias falsas”. But is it actually correct to say “noticias falsas”? Not really, because in Spanish there is a more appropriate translation for this anglicism, which is the word “bulo”.

Do you often buy things from online stores? If you do, you will no doubt be more than familiar with another of the most common and least translated anglicisms used in Spanish. This is “shipping”. When seeing the word for the first time, many Spanish people may have been a bit surprised and confused about what it means. Well, it is related to transportation, to sending packages.

Clearly the fact that Spanish is a living language in a fast-paced world, and is always adopting new words, but everything is good in moderation. Reverting to anglicisms with sound judgement is one thing, or when then is no alternative, but to do so when we have either forgotten or know of no equivalent in Spanish, is another. If you’d like to have a laugh, don’t miss the video prepared by RAE to combat anglicisms or, at least, to trigger a debate about the subject. Maybe the use of some of these words is already out of our hands. It’s almost as if we’ve reached a point that if we don’t use anglicisms for every other word, we´re not as cool, that we’re a throwback from the past.

Should we translate proper names?