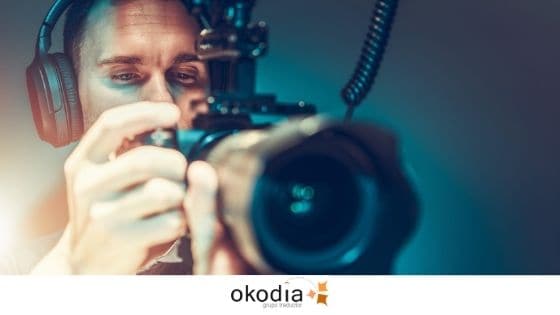 Sofa, blanket andyour favourite TV series is a fantastic plan. You will no doubt have had more than one weekend or afternoon where you didn’t really know what to do so decided on that as a plan. I bet that you have even watched series like The Leftovers, Orange is the new Black and The Good Wife. We have too! Have you ever wondered why these titles haven’t been translated into Spanish? Perhaps talking about “Las Sobras”, which is a possible Spanish translation, could never be the same as catching up with the final episode of “The Leftovers”.

The marketing departments of production companies often used to come up with different titles for each series. The title would often be changed to adapt it to the country where it was going to be distributed. That has given us some titles that are memorable but not all in a good way! One such example was changing the name of “The Ice Princess”, a Disney film about a girl who wants to be a figure skater, to “Soñando, soñando… triunfé patinando” for its Spanish release, which loosely translated means “Dreaming, dreaming … I succeeded skating”. Another famous example is the “Fast & Furious” saga, which in Spain was initially known as “A todo gas”, which loosely translates into “At full throttle”.

However, this habit of changing the title of audiovisual productions has been going out of fashion in recent years. We have seen this, for example, with “The Leftovers”. You could translate this as “Los Olvidados” for the Spanish market but that just doesn’t seem as punchy! Other potential translations into Spanish are “Los sobrantes” or “Los dejados atrás” but they still just don’t have that dramatic force. That is why in Spain we have decided to keep the original titles even though nobody understands them.

Orange is in fashion

The situation is the same with “Orange is the new Black”. The literal translation into Spanish would be “El naranja es el nuevo negro”. That translation makes it seem like a series about fashion and style, which doesn’t really reflect the actual plot. In the fashion industry, something being the “new black” means that it is the best thing since sliced bread, the next big thing to hit all the shops worldwide.  However, in America, when prisoners first leave the prison (for example, to do community work) they have to wear an orange uniform, this garish colour being chosen so that the guards can easilyspot them. That is why in the Netflix series, orange is the fashionable colour.

And what about “Modern Family”? In Spain we know that families who love television have always been very modern, but calling a series “Familia Moderna” seems to make no sense at all. One way to avoid scaring the audience away is to leave the title in English. This is how the original title, which was more commercial, became a success. A guaranteed success.

The situation is the same for other famous series such as “The Good Wife” and “Newsroom”. Sometimes the choice of title is lessabout the audience being able to understand it and more about the series being a commercial hit.

The big screen, too

In Spain, we laugh at the unerring talent of our movie industry to ruin perfectly good movie titles when translating them into Spanish. Some particularly memorable examples are: Un canguro superduro (The Pacifier), Soñando, soñando… triunfé patinando (Ice Princess), Dos colgaos muy fumaos (Harold & Kumar Go To White Castle), Este muerto está muy vivo (Weekend at Bernie’s). Well, we’re not worse than others. Now that Spanish movies are successfully making forays into overseas markets, we can also see how our movies fall victim to hilarious translations.

The first movie directed by actor Raúl Arévalo, Una tarde para la ira, received critical acclaim, including from international critics (Variety, Screen Daily, The Hollywood Reporter). This Spanish production’s English title for its screening at international film festivals in Venice, Toronto and London was The Fury of a Patient Man. Telecinco Cinema produces and sells Paco León’s movies abroad. In most of the markets, Carmina y revienta shed its local references—which are closely linked with the film on El Lute in the 1980s—, coming to be called simply Carmina. In Greece, in contrast, the title Skase kai perpata (English: Walk and Be Quiet) was chosen.

Another of the greatest challenges that Telecinco Cinema faced was translating Ocho apellidos vascos. How can you explain in only a few words the social connotations of this comedy to an audience that is unfamiliar with Spanish current affairs? The international title proposed was Spanish Affair, but in Greece and Portugal, they decided to give it the title Namoro à Espanhola (English: Spanish-style Love) and the German title was 8 Namen für die Liebe (English: Eight Names for Love). In Serbia, they went all out and it became Zbog tebe promeniću prezime (English: I’ll Change My Name for You).

And you, can you name any weirdly translated series or movies? ¡We want to know!