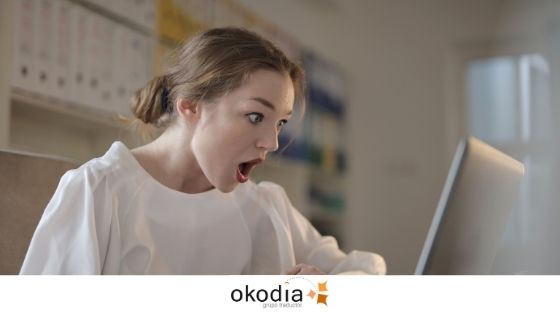 You are not going to believe where these three English words come from!

How is a language like a human being? Well, it is born, it grows, develops and sometimes dies. Fortunately, living languages are constantly evolving and incorporating new terms to adapt to changes in society and the people using them. But have you ever wondered who invents words? Today we are going to discover the origin of three invented words that changed the world we know today to some extent.

Most of us think it was the genius Isaac Asimov who came up with this term, but that’s not true. The word actually came from the pen of an almost unknown Czech playwright called Karel Capek (1890-1938). Capek coined the term “robot” in his work R.U.R (Rossum’s Universal Robots, 1920). Many linguists think that “robot” comes from the Czech word “robota” that we could translate as “servant” or “hard and arduous work”.

The term “utopia” was coined by Sir Thomas More for the book that in Latin was calledLibellus… De optimo reipublicae statu, deque nova insula Vtopiae (Of a republic’s best state and of the new island Utopia).

Better known simply as “Utopia”, More’s masterpiece, written in 1516, is about a utopian island (so well named!) on which an idyllic, pacifist society lived and shared the fruits of joint labour equally.

Lovers of good science fiction know that the term “cyberspace” first appeared in the short story Johnny Mnemonic, written by William Gibson in 1981.

Gibson developed the use of this word in his famous Sprawl Trilogy or Cyberspace Trilogy, consisting of Neuromancer, Count Zero and Mona Lisa Overdrive. The term cyberspace is defined in the Collins dictionary as “referring to data banks and networks, considered as a place” and there is no doubt that, 30 years after it was first used, it is more fashionable than ever.

What do you think? Did you know the origin of these three words?