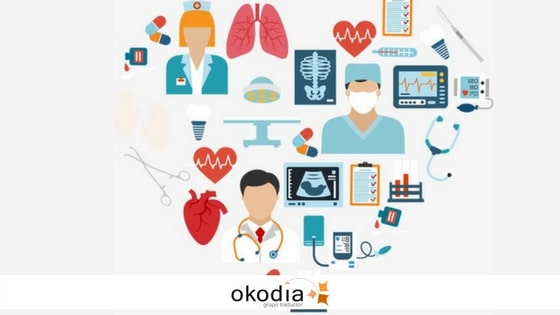 The Most ‘Dangerous’ False Friends in Medical Translation

If you’re feeling tired, with body aches, or you’re showing symptoms that are not common in a healthy person, it’s better for you to go see a doctor. But… Beware! Doing so abroad or in another country where you do not speak the language fluently could have serious consequences for your health. The same goes at medical centers where health professionals do not speak the patient’s language. False friends abound in medicine. And in medical translation, it’s better to be safe than sorry as the consequences could be very serious. You can’t fool around with health!

Translation professionals, as great lovers of language, should take the utmost care with each text: format, faithfulness to the original text (which shouldn’t be confused with literal translation), grammaticality and spelling, among other important aspects that all languages have. In this article, we will focus on the terms necessary for medical translation; more specifically, on the most common false friends in Spanish in this field and the need to take great care in getting their translations right.

Perhaps the first false friend that immediately comes to mind, which is related to medicine is constipation. Surely, more than one made jokes about it in Spanish class in high school right in the midst of puberty. And yes, it may have been funny then, but when visiting the doctor, mixing up constipation with the common cold can only lead to problems.

Nevertheless, there are still more false friends—some more commonly known than others—, but in all cases, it is an absolute must to know their true meaning in order to avoid misunderstandings that could seriously harm health. “An ounce of prevention is worth a pound of cure” also applies in translation.

The most popular false friends

Without looking any further, in our blog’s previous article, we already talked about one of them: intoxicated, which means drunk and not intoxicado, which in Spanish would refer to someone who has suffered from food poisoning. Without a doubt, the protocol to be followed would be vastly different for both cases. Another fairly common false friend is sane, which does not refer to a person’s general state of health, but instead to the fact that he is in full possession of his mental faculties, in the same way that sanity should be translated as cordura and not as sanidad.

Translating casualty as casualidad and not as víctima–which is its true meaning—would significantly change the information that a report from an NGO may contain on a natural disaster’s impact on human lives, to cite an example. Should you need to translate a medical record, you should pay particular attention to words such as molested or severe, which does not refer to the fact that someone has been bothered or someone who has a bad temper, but instead someone who has been agredido—often sexually—or that their state of health is grave. Disorder should neither be confused with desorden which although annoying, does not have the same impact that a trastorno of any kind would have, which is what it really means.

The word diversión in Spanish has nothing to do with the English diversion which, in medicine, means detour or bypass. Without a doubt, in this case, it will always be better to be affected by the Spanish word than the English word. Lastly, it may be surprising to find out that the translation for those pesky hemorroides is piles, which certainly does not mean pilas, whose translation would be batteries.

This list is by no means comprehensive, and not comprensiva, but we hope that you have found it interesting and useful. In any case, you already know that we at Okodia also specialize in medical translations, and obviously, we won’t fall into the trap of false friends.