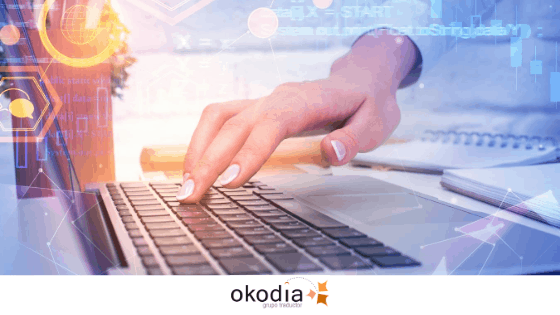 The 7 most used languages on the Internet

Languages make the world go round. They allow us to understand each other, sell our products and services in other countries and learn about new cultures and opportunities. They are like the gearbox in a car and have become essential, especially on the Internet. This makes people wonder whether they should translate their website and, if so, into what language.  For some years now, English has dominated the Internet. This domination has been fairly strong and remains so. However, there is a massive representation of languages other than English on the Internet. Would you like to know the 7 most used languages on the Internet? Let us tell you!

The 7 most used languages

English is the most widely spoken language online. 25.3% of Internet users worldwide speak it. This is no surprise since English has been the dominant Internet language for many years. It was the founding language of the Internet, which means that most of the content is in English, although subsequently much of this has been translated into other languages.

Chinese is the fastest growing language in the world and 19.8% of Internet users speak it. With a population of 1.35 billion and others who are still learning the language, it deserves its second place in the rankings.

Believe it or not, there are over 750 million Spanish-speaking people worldwide. About half of them are native Spanish speakers. This means that if you want to reach this population, you will need to translate or localise your website into this language. Spanish speakers are becoming more connected, which means that they need more content in their language.

This might come as a surprise, but the sixth most spoken language on the Internet is Indonesian/Malaysian.
Believe it or not, there are already more than 98.9 million users online, so it’s worth translating your website into Malaysian, for example, in order to reach this type of population. You can do this through a professional translation agency.

Japanese has been on the list of the most popular languages used on the Internet since 2011. Like Spanish, Japanese speakers are creating a large amount of content online. However, there is plenty of room for growth. Do you want to translate your website into Japanese? You won’t regret it.

Some social networks are designed for a specific country or market. In fact, important business transactions are carried out using them.

In China, for example, the best-known social networks such as Q.Q. use Chinese as the main language, although they can often be operated in other languages such as English thanks to the work of a translation agency and its professional translators. This is the most popular social network in China, and the third most popular worldwide in terms of user numbers (around 815 million). It is a sort of combination of Messenger, Facebook and Twitter.

Do you think that the Chinese miss having networks like Twitter? Not at all! One of the most heavily used networks in that country is Sina Weibo, a kind of ‘Chinese Twitter’. It has more than 400 million users and is the favourite social network of celebrities in China.

When social networks are in Russian

Believe it or not, Russian is another of the key languages used for some social networks. A good example of this is Vkontakte, known as VK. At first it was a social network aimed at Russian students, but it can now be used by anyone. It is very similar to Facebook (in terms of appearance, usability, etc.) and has more than 135 million users in Russia, Ukraine and Belarus.

Networks in Spanish and English

Apart from the well-known Facebook, Twitter, Linkedin and YouTube, there is another social network that has proved very popular in Latin America and the United States, meaning that professional translators have had to translate it into these two languages mainly as they are spoken by lots of its users. This is Hi5, which has also evolved into a network focussing on social games.

The best CAT tools for translators