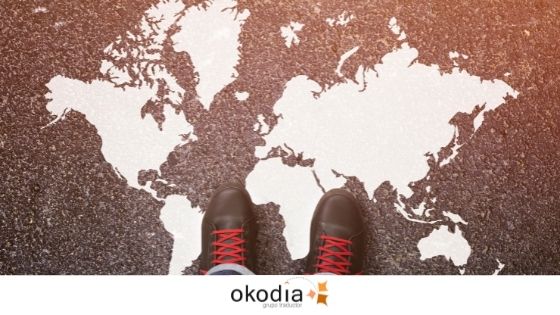 How many European languages do you know?

Several European languages are among the most spoken in the world. English, Spanish, French and Portuguese are in the global top ten. However, what do you know about European languages? We want to tell you all about them in this article.

History of the European languages

There are 24 official languages in Europe, while as many as 200 languages are spoken across the continent. This might not seem like many compared to other continents. In Africa, for example, between 1,500 and 2,000 languages are spoken. However, Europe’s 200 or so languages still encompass a huge amount of variety. We can understand the reason for this by looking back at their origins.

How the languages of Europe evolved

However, Proto-Indo-European was not the oldest of Europe’s languages. The ancient languages of the continent have been lost for the most part because no record of them was made before they died out. The only exception is Basque, a language isolate that descends from the pre-Indo-European linguistic origins of Europe.

Geographically speaking, Indo-European languages are believed to have originated somewhere in West Central Asia, although again it is difficult to make such claims with certainty, given how long ago this took place.

Main European language families
Europe’s languages can be divided into three main sub-groups: Indo-European, Uralic and Basque. Let’s look at each of these in turn.

Indo-European
Indo-European is by far the largest of the European language subgroups, encompassing the Romance, Germanic, Slavic, Baltic, Celtic, Hellenic, Albanian and Armenian languages. Between them, these languages are spoken by most Europeans.

Spanish, Portuguese, French and Italian are the most widely spoken Romance languages. In terms of the number of native speakers, Spanish is the second most widely spoken language in the world (after Chinese), with 471 million native speakers. Most are found in South and Central America, while 43.3 million Spanish speakers live in Spain and 41.5 million live in the United States. In terms of the total number of speakers (native speakers plus second language speakers), Spanish ranks fourth globally, with 543 million speakers spread around the world. You can read more about Spanish-speaking countries at the link below.

Portuguese, meanwhile, has 232 million native speakers globally, making it the sixth most widely spoken language in the world. With a total of 258 million speakers, it ranks ninth in the world.

While French doesn’t make the top ten in terms of native speaker numbers, a total of 267 million speakers positions it as the seventh most spoken language in the world.

Other examples of Romance languages include Catalan, Occitan and Romanian.

Slavic languages
The Slavic branch of the Indo-European language group includes Russian, Ukrainian, Polish, Belarusian, Czech, Bulgarian, Croatian, Serbian, and Slovak, among others. The most widely spoken is Russian, which is the eighth most widely spoken language in the world by native speakers (154 million people speak Russian as their first language). It is also the eighth most spoken by the total number of speakers, with 258 million of them.

Hellenic
Greek, with 13.5 million speakers, is the only Hellenic language in the Indo-European family.

Albanian
Like Greek, Albanian also has its own branch on the language map of Europe. Some six million native Albanian speakers live in the Balkans.

Armenian
The final European language in the Indo-European family is Armenian, which has around 6.7 million native speakers.

The Uralic languages in Europe

Another of the important European language families, the Uralic languages include two distinct groups. The Finnic languages group includes Finnish, Estonian, Sami, Mari, Moksha, Erzyz, Komi and Udmurt. The Urgic group, meanwhile, contains Hungarian, Khanty and Mansi. Samoyedic is also classed as one of Europe’s Uralic languages. Basque
The other distinct European language family is Basque. It contains only Basque, as a language isolate, although the language has five main dialects.  Basque is spoken in the Basque Country, which includes the westernmost Pyrenees in Northern Spain and Southwestern France.

Basque grammar is notably different from that of most European languages, due to its different origins. However, the language has been heavily influenced by the Romance languages spoken in the surrounding regions and has borrowed as much as 40% of its vocabulary from them.