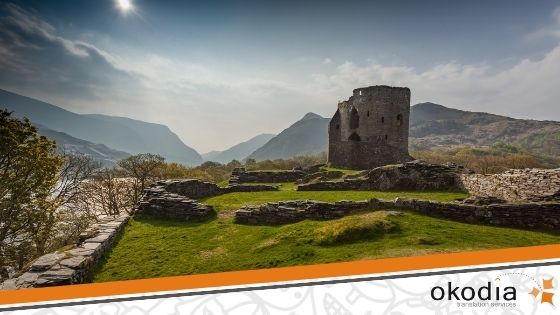 Can professional translation prevent the Welsh language from dying out?

Did you know that every two weeks a language dies somewhere around the world? It is believed that around 7,000 languages will have disappeared by the end of the century. Welsh, the language spoken in Wales, will be one of these. Thousands of professional translators in the United Kingdom have already warned about this and even Pope Francis has talked about it, encouraging the people of Wales to preserve their language and culture. What can we do to save the Welsh language from dying out? How can professional translation help preserve languages like this? Keep reading and we will explain.

The history of a dying language: Welsh

Welsh is a Celtic language belonging to the Indo-European family. It comes from Brittonic or Brythonic Celtic, together with the Cornish and Breton languages. Currently, 570,000 people speak Welsh and they are found mainly in Wales, in the west of Great Britain.

Welsh was originally a popular language, spreading rapidly throughout the British Isles. However, over time, the influence of English has increased to the detriment of minority languages which have had to fight to stay alive.

Currently, colonies of Welsh speakers can be found abroad, such as in the Chubut province of Argentina. However, there is still much to be done at the political and social levels to ensure the continued existence of these languages.

How can we save the Welsh language from dying out?

Some argue that there is little that can be done to save a dying language. At our professional translation agency in London we don’t agree. Welsh, like other endangered languages, can be saved. Many professional translators from that country are working to prevent the language from being lost. In addition, the British government is also taking steps in this direction.

In 1993, the British Parliament passed the Welsh Language Act. This act was intended to ensure that the Welsh and English languages are treated equally in the conduct of public business in Wales. Change can take time in the UK and it was only at the end of last year that Parliament finally handed over linguistic powers to Cynulliad Cenedlaethol Cymru, the Welsh National Assembly, formed in 1998.

The key to the recovery of the Welsh language is education. In the 1970s, Mudiad Ysgolion Meithri, the Welsh Association of Nursery Schools, was founded. Today it has a thousand schools dedicated to providing schooling in Welsh for children under five. In 403 of these nurseries, parents are allowed to accompany their children to the classroom, where they also learn the language. This is undoubtedly a key factor in saving the Welsh language from extinction.

Professional translation, essential to avoiding the disappearance of a language

In addition to the actions of the British government to prevent the extinction of the language, the world of professional translation also has an important role to play. Although it is a minority language, companies can contribute to its development by translating their local content into Welsh.

Linguists argue that languages often reach crisis point after being displaced by another socially, politically and economically dominant language. This is what has been happening gradually with Welsh.

In addition to encouraging children to learn their parents’ mother tongues, AI-based translation is now better placed than ever to provide resources for education. Many initiatives run by public and non-profit organisations have already started teaming up with translation agencies to use this knowledge in an attempt to preserve endangered languages through education. Can we preserve a language through professional translation? Why not?