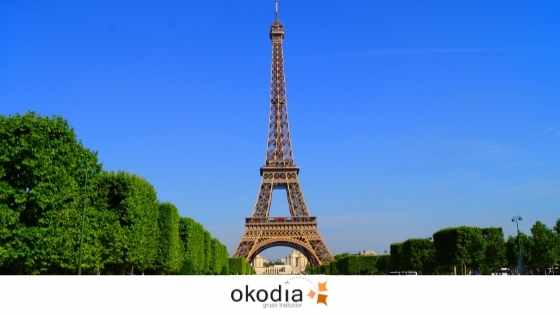 In some ways, English, French, and German are a bit like three siblings who have grown up together. Each language has influenced the other two in some way, but one of the biggest influences on English came from French.

In fact, from the 9th to the 14th century, a form of French was even the official language of the courts of England. During those years, the general population spoke an older form of English, while kings, queens and courtiers spoke French. To make it even more confusing, most documents were written in Latin.

As you can imagine, there was a lot of mixing between these languages. So let’s look at some interesting English words that still “seem French.”

This form of dance is popular in much of the world. Since this style of dance was developed in France, many of the words that people use to talk about it also come from French. However, of all the words on this list, non-ballet dancers probably only know “ballerina” and “tutu”.

It is important to note how the word “ballet” is pronounced. Here, the “t” at the end is silent. Instead, the second syllable sounds like “lay”, with the same vowel sound as the letter “a”.

That’s an interesting thing about words borrowed from French: some are pronounced like an English word, while others are pronounced more like a French one.

In English, this is the name of a small, generally casual restaurant. It often has small tables and sometimes there are outside tables as well. It is written both with an accent (“café”) and without one (“cafe”) in English.

“Café” comes from the French word for “coffee”, but it is also very similar to other words related to coffee in many other languages. Generally, cafés serve coffee. However, if a place only serves coffee (and not food), it is usually called a “coffee shop”.

Also note that there is a similar word, “cafeteria”, which causes some confusion. Generally, a cafeteria is like a small restaurant for a specific group of people. You will often find cafeterias in schools or large companies. In those cases, the cafeterias are for the people who study or work in the building.

Some of the most used words borrowed from French relate to food. This is because many types of food are closely related to a particular culture, and other languages often don’t always have words for other cultures’ foods.

A croissant is a type of light, flaky dough or bread. A similar type of bread in English is a “crescent roll”. “Roll” is the name given to a small piece of bread. It is delicious and yes, it comes from French too.