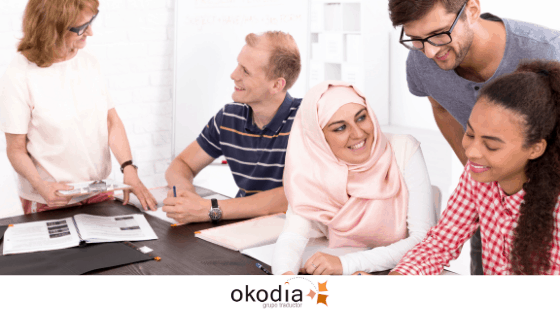 Five incredible things about languages that you probably didn’t know

By Rocío González November 20, 2020 No Comments

There are an estimated 7,000 languages in the world, from Mandarin Chinese, the mother tongue of nearly one billion people, to more than 200 artificial languages, such as Elvish which is spoken only by the (imaginary) Elves from the Lord of the Rings trilogy and loyalfans of the films. However, that’s not the only incredible thing about languages. There’s much more. And it will surprise you. Read on to find out more!

English speakers know that their alphabet contains 26 letters, but they may not realise that a different one is used by many other languages.  Rotokas, a language spoken in Papua New Guinea, contains only 11 letters, making it the shortest alphabet on Earth. What’s the longest alphabet in history? That’s Khmer, the language spoken in Cambodia, which contains 74 letters.

Some languages have a lot of character

Chinese has 50,000 characters, so you need a fantastic memory to learn it. If you are studying it at the moment, don’t worry, there are many people like you who use mnemonics to help them out. However, in order to read a newspaper you “only” need to know 2,000 characters. A piece of cake!

It is difficult to say which language is the oldest in the world. To work this out you need to take into account spoken languages and cultures with exclusively oral traditions. However, the oldest languages on written record are Hebrew, Sanskrit, Sumerian and Basque.

They say that creativity is the power of a language, but sometimes it’s better not to use it. Since the 17th century, more than 200 artificial languages have been created. Many were devised by philosophers to use among themselves, although today’s artificial languages (such as Elvish, Klingon, Na’vi and Dothraki) have been created by popular culture.

Do you like poetry? We love it! However, rhyming can be complex in certain languages. E is the most common letter and vowel in English and R is its most frequently used consonant. However, there are more words beginning with the letter S. One entertaining thing about English is its long list of words that don’t rhyme with any others. For example, words like silver, angel, husband and wolf are difficult to rhyme. It takes a good poet to find words that can rhyme with them!