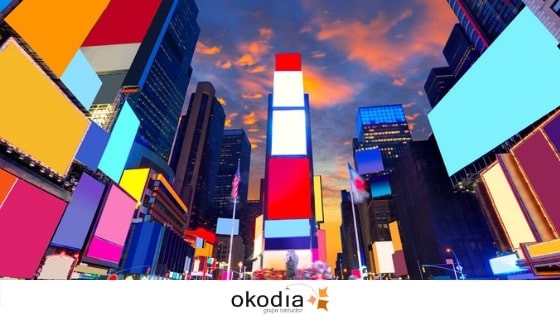 Curiosities about languages ​​that will leave you speechless

Do you know how many languages ​​are active in the world? More than 7000! Sure the main ones know them: English, French, German, Italian, Chinese, Arabic … but so many languages ​​give a lot and … for a lot of unknown curiosities! We are aware that it is impossible to speak dozens of languages ​​perfectly, that is why … although we have professional translators with a good knowledge of the languages ​​of the world, we are going to tell you some of their curiosities! Do not stay without knowing them!
Curiosities that you did not know about these languages. Tweet it!

In the Vatican you can select Latin as a language to operate at ATMs. It will be an extinct language, but the Vatican Bank knows Latin.

Do you know someone who knows Mandarin Chinese? Well, more than 12% of the world’s population speaks this language!

Since the 17th century, more than 200 artificial languages ​​have been created. Esperanto is perhaps the most used (it is estimated that around 2 million people in the world speak it), but there are many others and very varied, such as the furbish (language of the Furby toy) or the Klingon (used in the universe of Star Treck).

If in Spanish you can read and understand a simple text with a few words, in Mandarin Chinese, you need to know at least 2000 characters to be able to read a newspaper and … understand it, of course!
Approximately, every two weeks a language is extinguished in the world.

Euskera is considered one of the isolated languages, that is, a natural language for which no kinship has been proven with another living or dead language.

More than 7000 languages ​​give for many curiosities, surely you know some more that you can share with us!