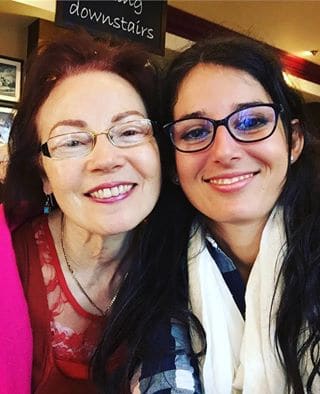 They say that there is no such thing as chance, that everything happens for a reason. And I believe it. It’s been exactly twelve years since the last time I set foot on Ireland. I spend some of the best years of my life there. I learnt about Irish culture thanks to a typical Dublin family, and improved my English. More than ten years later, fate led me to abandon the idea of visiting Rome during my holidays and return to Ireland. There is no chance, but as chance would have it I have been able to enjoy some unforgettable “linguistic encounters” for some days.

I chose to travel to Ireland because I was unable to find affordable accommodation in Rome for the dates I wanted. Just as I was discarding the idea of travelling to Italy, I received an email from Margaret, the Irish woman in whose home I stayed while I was improving my English in Dublin. She asked me how things were and let me know that she was keen to see me. I was too. It had been twelve years since I travelled to Ireland, and I knew that returning to the land of shamrocks and leprechauns would bring back wonderful memories. And it did.

We met up twice during my stay. Once in a café near Dublin Castle and then for dinner in her home. In both meetings, Margaret reminded me of the importance of speaking more than one language nowadays. She regretted speaking only English and being unable to speak in the native language of some of the students who stayed at her home. For Margaret could be said to have travelled half the world in her home town. She served as host for Italian, Spanish, French, Czech, and German students, and even a Lebanese who gave her more than one headache.

We nostalgically remembers my first dinner there. It must have been six in the evening (the time when people usually have a snack in Spain) when she set a huge platter of chicken and rice which would have easily fed four or five people in front of me. And then she poured spicy sauce on it. I must have washed it down with six pints of water.

Experiences like this one teach you not only about new cultures, but also how to socialise with people from other countries. When I was in Ireland, I met Belgians, Italians, and Germans in the school where I studied. This encouraged me to learn their languages so as to communicate with them not only in English but also in their own languages and make the experience more enriching. Every time I travel to their countries, I try to meet up to keep in touch and experience – why not? – unforgettable linguistic encounters.