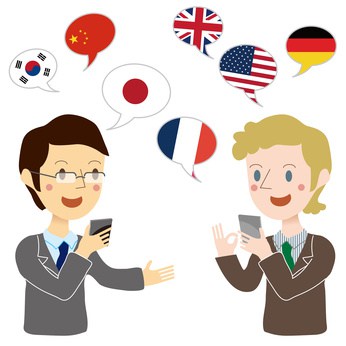 The 5 best languages into which to translate an app

It’s obvious that apps have become a necessary tool in our everyday life and a market in constant growth. They help us to share files, quickly become informed about any topic, and count the distance run and calories burnt, among many other things. But, what would happen if apps weren’t translated? To begin with, a large part of the population would be unable to use them and their creators wouldn’t benefit as much as possible. This technological market, like so many others, requires translation. Language ceases to be a barrier when translation comes into play.

So the idea is to make it possible for apps to reach every corner of this increasingly globalised world. We live in a huge Babel tower that is hungry for knowledge and full of resources. Every language into which an app is translated means that a percentage of the world population has a new resource in its own language. It’s the butterfly effect, which moves our world. Even so, from a practical point of view, some languages reach more people than others. In this post we will list the 5 best languages into which to translate apps, assuming that the app is originally written in English.  If the app was written in any of the other 5 languages, English would be one of the main options.

Mandarin Chinese, due to the number of speakers and the undeniable commercial activity in China, is one of the first options when translating an app.

Spanish could take the second position in the ranking.  It’s a language spoken in almost all of South America, almost all of Central America and the Caribbean, Mexico, and, of course, in Spain.

Hindi, like Mandarin, as a high number of speakers due to the large population of India.  Taking into account the portion of the world population that might be reached by an app translated into this language, Hindi would also be a good option.

Russian would be a different case.  In terms of number of speakers, it lags behind Portuguese, for instance. However, Russia’s economic activity is clearly emerging, as proven by the increase in Russian tourism in many countries, as in Spain.

Arabic, also due to its high number of speaker, closes our ranking.  It’s the official language in North Africa and the Middle East, and is also spoken as a second language in many other African and Asian countries.

As we said before, English should be included in the ranking of the most spoken languages for obvious reason, so it’s the first option when translating an app from any other language.

Translation allows us to enjoy many apps that make our life easier. However, there’s a type of apps that should never seduce you: those that offer automatic translations. You can’t have everything!