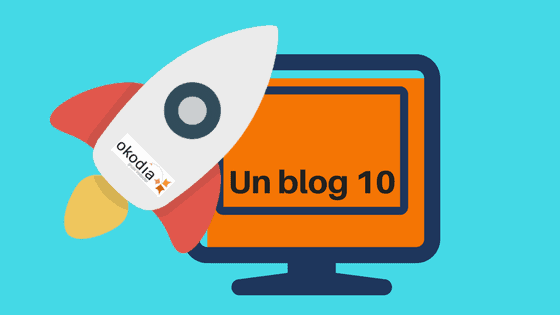 SEO, social networks, sponsored publications, advertising… You almost certainly tried everything to double your blog visits, with some good results to start with, but only later to see them plummet. And some strategies are better implemented in the long term if you want your visits to soar. And to give you a little nudge to reach your goals, will give you a clue: languages. The secret to raising your blog’s profile in the “blogosphere” could be in English, French or German.

Whether you speak several languages or not, you should consider implementing a web positioning strategy in more than one language. As well as preparing attractive content for your readers, you have to capture these thousands of Internet surfers that search for the same themes that you cover in your blog, but they don’t find your posts because you write in another language to the one they normally “Google” in. This can be very easily changed. Because if “there are small companies that think big” why wouldn’t you also think big for your blog? Think about it, it’s better to position your blog in several languages than just one, your website traffic will double.

English, French, German, Russian…? Which languages would you choose for your blog? A priori, it seems like quite an easy decision. More than 80% of the worlds population understand English, making it an obvious choice to start diversifying your blog. In SEO, using specific keywords with fewer searches will position you in those themes that most Internet surfers aren´t looking for (you don’t necessarily have to follow the herd to the top of the mountain, with is also plenty of grass at the bottom), and with languages the same thing happens. English is already like a second language into which all webpages should be translated. What if you also publish your content in French or German? Your visits would soar.

SEO in other languages

Once we’ve equipped our blog with interesting content and in several languages, it’s time to position it (be careful, don’t resort to literal translation. We know what happens with “Google Translate”… It’s better to consult a professional if you’re not sure of the language). One SEO mistake that many self-taught bloggers make is to literally translate their SEO texts.  In order to do a top job, you should pay attention to the meta descriptions of your texts and the ALT texts of your images. Tools such as Google analytics will also help you to find the perfect keywords to position your blog entries in other languages.

Sharing your blog posts on the Internet is the icing on the cake. If you are only “socialise” in Spanish-speaking circles, you won’t achieve the significant increase in blog visits that you desire. Nowadays, networks such as Facebook allow you to post in more than one language. You can also make the most of this and open accounts in several languages to capture followers and, subsequently double your blog’ s reach. If you follow these steps and plan well, you could become one of the most popular bloggers. If used wisely, languages will always help you win, instead of lose.