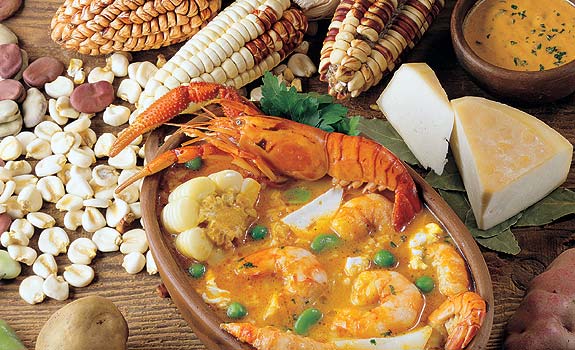 Food translations that will leave you with a bitter taste

Food translation is harder than it looks. We only think about menu translation and forget about restaurant websites, reviews, food articles, food labelling, cookery books, and recipes. Gastronomy is evolving, and chefs are stars, who often enjoy national and international recognition. If you also take into account that food is one of the most appealing factors when travelling, you should consider whether this kind of texts are always given the care they deserve. Much to our chagrin, they are not. There are no doubt several reasons – comfort, translations that fall into the wrong hands, use of automatic translators – which share a common factor: the lack of rigour and the lack of empathy with readers.

What are the main challenges, which professional translators are very familiar with, posed by food translation? Among others, you should be very careful with the names of some food items, such as chips, which have different meanings in Britain and the United States.  The way in which food is served should also be clearly specified – as in the case of tapas and pinchos, which are so widespread in Spain and so unknown abroad.  When in doubt, check the dictionary, to avoid false friends and cognates, or systematically using the first dictionary meaning. If you do not follow these basic rules, you may end up finding sunflower pipes in your salad – when what you actually want are sunflower seeds.

The translations of dishes and their mode of preparation require

in-depth knowledge of culture, and if they are not handled by a professional, may result in a hard-to-digest mix. Some dishes have no exact equivalent in the target culture, such as gazpacho. In this case, it’s always better to leave the term in the original and add a description of the dish. If you also have to translate gazpacho andaluz con sus cucharitas you’ll have to be more precise, so that hungry tourists are able to understand that the Andalusian gazpacho will come with cucharitas – little spoons – full of bits of pepper, cucumber, and bread, as perhaps in their countries of origin garnishes are not served in this way. The same goes for the translation of torrijas or rabo de toro. Careful when translating the latter, as you may end up saying odd things about bulls’ body parts.

Taking nothing for granted will help you to avoid catastrophic mistakes, which are never palatable. The fact that they are shown at the end of menus doesn’t mean that customers will only skim-read the list of desserts.  In all likelihood, they will carefully examine it and ideally their mouths will water when visualising each dessert. But this is only possible if they have been lovingly translated. The delicious mel i mató –a traditional Catalonian dessert, which is very easy to translate- will not be selected by any customer if it is translated into English as honey and killed. What’s this, a sweet revenge? Something odd will also happen with the French macarons, if you entrust the translation of your desserts to your cousin who got an A Level in French and didn’t continue to learn.  You’ll probably end up finding a pasta dish between the ice creams and the tiramisù. Weird, eh? And many will be turned off by pets de monja, if they do not come with a good explanation. The literal translation – nuns’ farts – is far from mouthwatering.

We should often congratulate Google Translator for surprising us with such classic as he came in bottle (for vino en botella, bottled wine) and sepia to the iron (a mix of  I can’t be bothered to look it up + this is what came up in the translator). Nobody has ever had the ants up a tree in any Chinese restaurant, not even with soursweet sauce.  And we all wonder why that wonderful restaurant could never get any of its foreign customers to order their great rape, monkfish – perhaps because it was translated as snuff?  Nobody knows.

This post is based on real events. We cannot guarantee that no one was (psychologically) damage while reading the translations mentioned in the text.